Lets talks about Melbourne and Sydney Real Estate for a second because it pops up in my life at least once a week.

I have a lot of friends renting in Melbourne who are at the age now that they are starting to look at buying a house.

They look around and quickly discover that the prices are outrageous. The median price for a house is Melbourne is well over $700K! Using the common 25% rule for a deposit and closing costs, this would mean that my mates would have to fork out $175K to buy one of those bad boys… That’s a LOT of money to depart with.

As you can imagine, there are plenty of people who can’t afford these prices and they are crying out for something to change. But can something really be done here?

I don’t think anyone can honestly say that prices in Melbourne and Sydney are affordable to the middle class. You either have to be a high income earner or wealthy to buy in these cities.

Sure, the average working class family could take out a huge mortgage but they would be a slave to debt for the rest of their life most likely.

So what’s the deal?

There are a lot of theories being thrown around:

I’m not going to pretend that I know exactly why the prices are the price they are or how to bring them down to a more affordable level. But it doesn’t take much to understand the most basic and fundamental rule in economics.

It’s so stupidly simple to understand yet so many go looking for more complex answers to justify their reasoning as to why this is happening.

If there are a lot of buyers (demand) and there is only so much land/property available (supply) the price for the land/property soars. And the same can be said if you switch it around. What do you think would happen this very weekend at auctions if no one turned up? The prices would plummet. No doubt about it. If there are less buyers than sellers the price of real estate goes down. This is proven economics 101.

So the question people need to be asking is not how the government can stop the buyers (demand), it should be about how they can free up the land (supply). 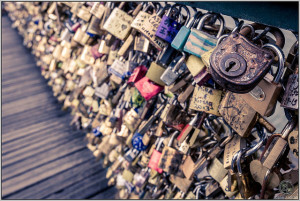 Carve it in stone, demand for Melbourne and Sydney real estate will NEVER cease for as long as I live. It would have to take such a colossal implosion of Australia for these two cities to suck. Not completely out of the question, but I will eat my shoe if there is EVER a time where you can’t sell real estate in either Melbourne or Sydney.

They are world class cities. Melbourne was ranked the NUMBER 1 most livable city in the entire world last year and if memory serves me correctly it has been number 1 or 2 for a few years running. Sydney is no slouch either coming in at number 7. I just want to highlight this point because it’s important. If you’re trying to buy a house in Melbourne you are trying to buy real estate in THE MOST LIVABLE CITY IN THE WORLD! The world… not just little old Oz. The entire planet.

What do you think this does to Melbourne and Sydney real estate when they are some of the best places to live in on the planet?

Demand goes through the roof.

You have got to be realistic here. You are trying to compete with not only Australians but the rest of the world when you buy. Throw in limited supply and you have a recipe for exuberant house prices.

I don’t see any measure the government can put in place to stop demand enough for the prices to go back to an affordable level.

The focus is always on the demand, but little gets said about the supply.

Is it unreasonable to assume that if municipalities changed zoning and planning laws and released more land to pave the way for new development that this could potentially deflate some of the house prices? To me it makes sense. If you increase the supply in the market, the current supply will be worth slightly less.

The truth is I don’t really know (no one does), but I’m a realistic person. And when I look at Sydney and Melbourne I don’t see the demand slowing, in fact, with population forecasted to more than double by 2060, if anything, I see demand rising.

If the supply cannot keep up with the demand then it’s only going to get worse.

There may be a correction around the corner, I think there should be. But I doubt that Melbourne/Sydney real estate will ever be cheap, EVER!