BIG bump this month after we sold Investment Property 1.

The huge influx of cash actually hid a terrible month for every other asset we hold.

The reason it was such a big jump this month is because CBA valued my property at $416K which was almost $100K less than what I sold it for!!!

And I can completely understand why they would do that. Some people think the banks overvalue properties, but my personal experience has been the complete opposite. I don’t think it’s in the bank’s interest to overvalue if I’m being honest. The property is their security for the loan after all. If something happens and you can’t pay back the loan, they are hoping that the sale of the property will pay them out. This is why a deposit is important for banks. It mitigates risk.

If I were to put my tin foil hat on for a second and cook up a spicey conspiracy. I believe the banks have specifically not updated any of my properties to their true value or even a conservative value to curb further exposure to property. A very specific algorithm that takes into account what similar surrounding properties are selling for has been paused across the board. 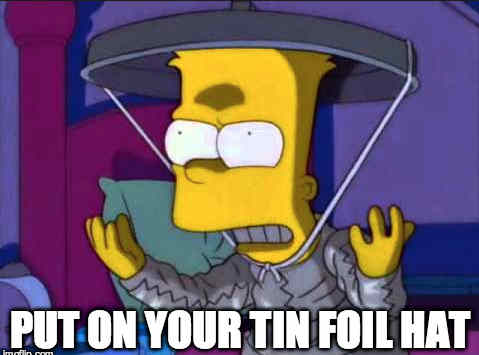 Just look at everything that’s been happening within the last 18 months. I/O loans are so much more expensive than P&I. I’m actually in the process of switching my loans over to P&I not because I have reached the end of my I/O period, but because the rate is so much better for P&I and it only works out to be around $100 extra each month but with the added benefit of paying less interest plus cutting into the principal (which I will get back when I sell).

The banks are making it exponentially harder for anyone to get loans (both investors and homeowners).

I don’t think that this is necessarily a bad thing. Something needed to be done in Melbourne and Sydney as the prices were getting out of control.

But still…Undervaluing by $100K? Really?

We got smashed in everything but cash this month. Our spending was way more than usual, ETFs and Super were way down and we started to put money onto our travel card for our overseas trip next year.

We are sorta dollar cost averaging into the travel card lol. Instead of doing a big transfer before we leave, we are doing it gradually over the next few months to spread the risk of the AUD dropping.

Our cash holdings are currently $218K 😱

I would often see people with large cash holdings and scoff since that money should obviously be invested straight away…But I’m telling ya. When you’re actually in the hot seat, it’s different.

I know that the research says that a lump sum works out better the majority of the time vs DCA… buuuuuut I just can’t do it. Our money is sitting in our offset and we are going to drip feed $15K in each month over the next 18 months unless there was an opportunity too good to pass up on.

It’s kinda cool to know we could pay off all our debt if we sold our shares too. Very comforting 😊

IP1 has officially been sold! Wooohoo 🎉

Should I remove IP1 from further updates? It might confuse future readers Our shares had a terrible month 😭

But I’m secretly happy. We are cashed up right now. If this global recession everyone keeps talking about could just drop already, that would fantastic.

We bought $15K worth of Milton during the dip last month 😬. The plan is to drip feed our cash into the market over the next 18 months at around $15k a pop.