First up, big shoutout to CaptianFI who invited me on his podcast. I had a blast chatting and would highly recommend his content. You can check him out 👇 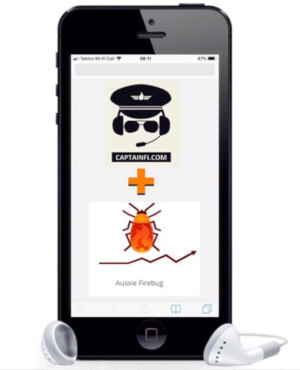 In case you haven’t noticed lately (which would be hard to do since these net worth posts have turned into a travel blog 😅), we’ve kinda been travelling around a fair bit as part of our YOLO adventure which started in January 2019 and will finish in January 2021 (our two-year working visa will expire).

It’s been exactly 1 year since we departed and I thought it’s time to do a little summary of what the last 12 months have looked like. This is more for my own personal reflection than it is relevant for this update but it might be interesting for some you following us along in our FIRE journey 😊.  I also had a revelation whilst thinking back on it all that I want to talk about below.

The rough timeline of events have been something like this:

Wowee! It’s crazy how much we’ve done over the last 12 months and I’m buggered just typing all that stuff out lol 😴

So if I roughly tally up all the months I worked, it equals out to only be around 5 months 🤯, Mrs. FB worked closer to 7 🤭.

So what’s the revelation I talked about earlier?

Sometimes the grass isn’t always greener on the other side.

Have you ever just sat there and daydreamt of how good your life will be once you hit financial independence?

Back in the day, this was something I did regularly! I would often drift off in thought (usually whilst I was at work actually) and think about how epic it would be to just travel around all the time and see and do as many things as possible.

But now that we’re in that position and living out this dream I can tell you right now, imagination can sometimes be a lot different to reality!

We discovered over the last 12 months that our sweet spot for travelling is around 5-6 weeks. Anything past that time period, our enjoyment of experiences starts to decline. Meals don’t taste as good, the wine is less sweet, paying €17 for a shitty pizza that wouldn’t fill up a toddler suddenly starts to piss me off.

Don’t get me wrong. The year has been incredible and I wouldn’t change it for the world. But I do wonder how many people out there have dreams and aspirations for something that might not actually turn out to be as enjoyable as they once had imagined.

We’ve only got this year left to see as much stuff as possible before we head back to Australia and enter the next chapter of our lives… marriage and kids!

We’re back into the swing of things now and I’ve been doing pretty well at work which is such a great feeling. There’s honestly nothing better for me to be apart of a team working on a fun problem and actually contributing to the solution. In fact, much like working out, sometimes you need to go through a painful and uncomfortable experience to receive the best and happiest of outcomes.

Speaking of things I like doing. I ended up buying a bike! 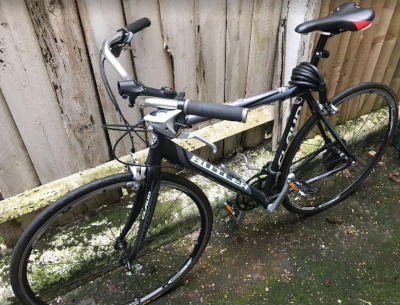 I was really pushed over the edge by the great advice from a reader (thanks Prash!).

It’s probably well overdue actually. I have a bike back home and used to ride everywhere, but I only worked in the city 1 day a week last year and never had to get the dreaded tube. But now that I’m in a contract until June and I’m having to catch the tube three days a week (I get to work from home for the other two), a bike makes sense.

The bike will pay for itself in just over 9 weeks but there are so many more benefits other than just saving money. Cardio exercise is a big one! I do run at the gym but I must admit, without footy training to keep me in check, it’s a lot harder to get off the couch and actually make it down to the gym. Avoiding the tube has to be the greatest benefit. Yes, the weather sucks right now, but I’d rather ride in the rain then have to be on the tube.

Would you believe that it’s actually quicker to ride your bike than it is to catch the tube! It is amplified in my situation because I have to walk 7 minutes to the station and then 7 minutes to my work but still.

And lastly, the TravelBug part of this FIRE journey can be followed along with the pictures below which are all the places we hit up in January. Living out a childhood dream. Rocky is my favourite movie of all time! Adriaaaaaaan 🥊 Couldn’t go to Philly without trying a cheesesteak 🤤 Getting destroyed by a chess hustler in NYC. He said he was rated around 1800-1900 which is really, really good. It still boggles my mind when I look at our net worth graph below. How TF did we managed to accumulate that much? Well, thanks to these net worth posts which are sort of like financial diary entries, we know exactly how we did it but still! They say the first $100K is the hardest and it only gets easier from there, oh how true this is. Almost laughably easy once you past ~$300K in shares I feel. You really start to see it compound around then and it’s just crazy how it all adds up.

The philosophy of building a snowball and letting it compound over the years is such an incredibly powerful concept.

The sharemarket continues to bullishly rage on with all indexes trending north. Our share portfolio along with our Super had an incredible month.

We only worked the last 2 weeks of January because we were in America up until the 16th but I received another contracting paycheck for days built up in December and a bit between the holidays.

We spent last night going over this years travel itinerary and we basically have 2 short (1-2 weeks) trips and 2 big (4-5 weeks) trips left for the next 12 months. I have full time work up until June but after that, I’m not sure what my plans are work-wise. I’m pretty sure they are going to extend my contract but this would mean I miss out on travelling over the summer which isn’t an option. In a perfect world, they would allow me to have 5 weeks off during summer and keep me on until the end of the year but that doesn’t really happen with contracts.

The entire point of contract work is that they get you in for a short amount of time where you work really hard in a specialised area that they don’t have in house and you’re paid accordingly. I feel like I pushed my luck already by asking for 3 weeks off over Christmas 😅 but we’ll see. The power of having a net worth near $800K is that you’re not forced to take more work. My only concern would be going through the whole process of finding another contract to last me until the end of the year. I’m all set up in this one and have built my routine already. It would suck to have to start over again.

I’ve started to get off my ass and actually look into selling at least one of these bad boys for the end of the year. I’ve engaged with a few real estate agents so I’m keen to update you all on the progress of this in the coming months. I would usually try to sell the properties myself as I did with IP1, but I’m not in the country and I’m really choosing the easy/lazy option here but I just can’t be F’d doing it again myself.

Can anyone recommend an agent in the gold coast area?

Updates on this soon… Strong performances across the board (except for AFI) last month. VTS has actually been going off its head and it just keeps defying belief. Would you believe that currently, our annualised return for VTS is sitting at 24.78% 🤯

And I’m pretty sure (someone please correct me if I’m wrong) that Telsa has officially entered into the S&P500 which means we will now own it upon the next purchase of VTS ⚡🚗⚡. This is a big deal for me because I’ve been a Tesla fanboy since like 2012 and was always showing people how epic their electric car was. My mates would ask me if I invested in it and I always said no because that’s not how I invest in shares even though I love the company and 🙏 they succeed.

Can’t wait until VTS drops in our weightings so I can pick this bad boy up and officially say I own part of Telsa!

Oh and we made a big transfer from £££ to $$$ for the first time using TransferWise(affiliate link). Because we have a solid 4 months worth of work coming up. I didn’t feel the need to float so much £££ in case something happened. We sent home around £7K which cost us £26.07 in fees (the lowest out there) and converted to be $13,768 AUD which hit our Aussie account. It helps that the GBP is doing well against the AUD lately.

We then transferred that along with some other money we had into our broker account and purchased $5K worth of A200 since the Australian part of our portfolio was the lowest split. We’re running a 70/15/15 split atm. 70 Aussie, 15 US, 15 world ex US.