This section of our monthly updates usually features a travel pic or two plus some sort of mini diary entry on what’s been going on in our lives during the last month.

But how can I not start today’s update without addressing the elephant in the room? 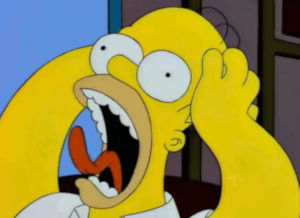 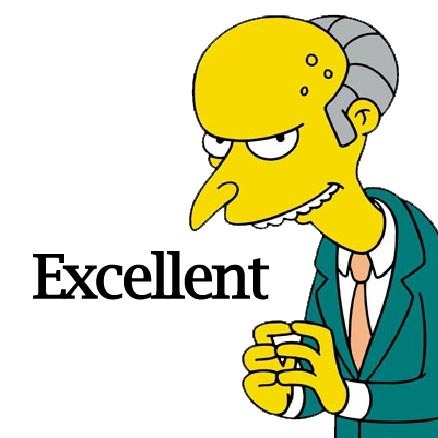 Everything just got a hell of a lot cheaper to buy.

If you’re in the accumulation phase of your journey (that’s anyone who hasn’t yet retired), having a big crash like this is what you should be hoping for, praying for, becoming unnecessarily excited for!

Because next time you put your buy order in, you’re going to receive more units than you would have otherwise and thus inching you even closer to financial independence. In a perfect world, the price of shares would remain low during your entire accumulation period and skyrocket when you retire. But that’s not how real life works. And unless you think that this epidemic is going to wipe out civilisation as we know it, the market will recover and continue to reach new peaks.

I even hesitate to mention the coronavirus because IMO it really doesn’t explain the crash. Like, sure, the timing would suggest that the market crash was initiated because of this virus but how can anyone actually know for sure that there weren’t a whole bunch of factors at play? Maybe it was the straw that broke the camel’s back? The markets have been on a pretty big bull run as of late.

That’s the thing about the market, it’s heavily influenced by irrational humans.

Or as the great Isaac Newton once said after he lost $3M on the stock market.

‘I can calculate the motions of the heavenly bodies, but not the madness of the people.’ -Isaac Newton

And speaking of the madness of humans, I keep seeing these toilet papers memes all over my social media. This one’s my favourite. Maaaaaaaaaan I can’t 🤣. Has everyone lost the plot back home or what?

HAVE YOU NEVER HEARD OF A BIDET PEOPLE!

Anyway, I keep reading all these comments and articles from armchair experts qualified in an intense 4 hours Google session about how bad this virus is and how it’s got the potential to be catastrophic (if it isn’t already). And hey, they could be right! But I’m punting that humanity will pull through (like we’ve done many times before) and companies will continue to innovate and make money for their shareholders.

And when the market does recovery (remember, it always does!), I want to be holding more units than ever before. And the best time to buy a lot of units is when they’re on sale… like right now 😁🤑

“But…. but… it’s forecast to get worse. I’m ganna hold out a little longer until I know for certain that we’ve hit the bottom”

Say it with me everyone

Because it’s irrational. It doesn’t bloody make sense half the time. Yes, over the long term, the trajectory will be up. But dipping in and out trying to beat the peaks and troughs is a game that the majority of professionals don’t win. What makes you think you can beat them?

Another thing about this whole ‘Get out why you still can‘ attitude that seems to be sweeping the community right now is the mental drain.

Last year when I had Ted Richards on the podcast, something that has always stuck in my mind is when he spoke about the psychology of investing. He studied behavioural finance at Havard University and believed that investing is more psychological than anything else.

When emotions are high, logic is low!

Asset allocation, low management fees, international diversification etc. all mean diddly squat if your noggin is having a meltdown when the bears come out to play.

That’s why defining and sticking to a set of rules through thick and thin is so important. It will not only serve you well in your investing journey but most other facets of life in general.

I can’t even tell you how comforting it feels to have a plan of attack that is executed each month that inches us closer and closer to financial independence without the need to research or study companies.

Which is why we will continue to buy in March just like we did in the previous month and the month before that.

We only travelled to Cambridge in February but the weather was pretty grim and I didn’t take any photos worthy of the blog. Highly recommend Cambridge though. It’s cool to set foot in the same places as some of the greatest minds in history like Issac Newton, Charles Darwin and Stephen Hawking.

One of my all-time favourites, David Attenborough also attended the University 😍.

And it was an honour to be featured on the ‘9 Investment Podcasts For Australian Investors’ list by canstar.com.au the other day 😊 The biggest NW drop in the history of Aussie Firebug.

Realistically, I have been expecting a significant drop for some time now. The long term average of the stock market ranges roughly between 8-9%. We were sitting at an annualised return of close to 19% before this drop so a downturn like this is to be expected at some point. It’s something that anyone in the accumulation phase should look forward to really.

In fact, if we look at the market return for the last decade and I was forced to guess, I’d say it’s still got some dropping to do until it returns back to the norm. The hard (impossible) part is trying to time it which is why I don’t worry about that and just continue to buy each month like normal.

So maybe we won’t be hitting $800K anytime soon if this keeps up. All good though, it just means when the market does bounce back, we’ll be riding that bad boy upwards holding a few extra units 😁

Thanks to everyone who recommended a real estate agent.

I’ve engaged with a few and am in the process of selecting who I want to go to market with. I’m still deciding which property I want to list but I’d be sure to keep everyone updated here it all unfolds. Now that I have some stability in my job for a few months, we decided it was finally time to start transferring a decent amount of £ into $ and continuing investing back home. We’ve been sitting on a pile of cash for way too long because of the uncertainty of my job but the time felt right to convert a decent amount.

Now if you can remember back to when we sold IP1, we had $200K cash sitting around and I was too scared to dump it into the market all at once even though I knew statistically it would have been the better move… so we DCA’d it in $15K monthly instalments that make up a large percent of today’s portfolio you see in these updates.

And you know what the markets did in the next 12 months when we sold the first property? 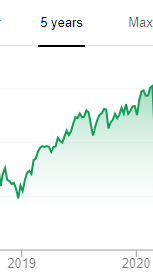 Yep. Straight up!… and that chart doesn’t even include dividends. 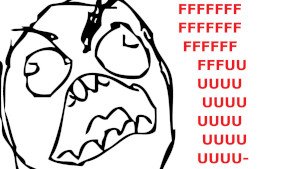 So as you could imagine, I decided from that point onwards that it’s always better to just stick with the FIRE literature and dump it all in next time. So I placed these two orders in February

I’m actually carrying on like a pork chop because, in the long run, these unfortunate timings don’t really mean that much. As long as you’re consistently buying, it all averages itself out to be rather insignificant.