Another month in lockdown another update with not much going on 🙃

It’s feeling a little bit like groundhog day here in London. The same old song and dance where the days are melting into weeks and then slowing into months.

For those of you reading who are working from home, does anyone else feel like they’re actually working harder during lockdown? I swear I’ve put in way more hours over the last few months than usual. Maybe it’s something to do with not “knocking off” and heading home. For some reason, I tend to get on a roll at the end of the day and I’ve found myself in a groove with work at like 7ish most nights. I’m getting a lot done but no overtime, unfortunately 👎.

I’ve also got a tonne of Podcasts and articles coming up. I recorded a bunch last month and they’ve just been in the editing room. I’ve just finished a monster post for a project that will be revealed soon so I finally have spare time in the evenings to hop back on the podcast and blog train.

Speaking of podcasts, I was delighted to be a guest on the Passive Income Project podcast the other week. 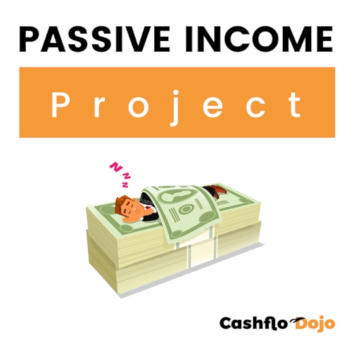 I spoke with Terry about a bunch of stuff and it was really nice to hear that the Aussie Firebug podcast was actually one of the inspirations for Terry and Ryan to create their own show. I think the show was recorded at some ungodly hour of 4 AM AEST to accommodate my time difference which was much appreciated. Although it meant that Ryan was unable to join us but Terry and I had a really great conversation.

I’d love to meet up with the boys when I’m back too. I got good “I’d have a beer with this bloke” vibes from Tez 🍻

Big gains again this month mainly from our share portfolio and savings.

It’s crazy how much you manage to save when you are forced to eliminate the travel and pleasure parts of the budget. We’re definitely tight for London standards but quite lavish compared to how much we usually spend back home.

We had a nice bump from Super too.

We’re slowly crawling our way back to our January all-time high of $770K. The markets are so volatile atm that I just can’t help but feel there’s going to be another drop before the end of the year. It’s funny how stuff like this always seems to happen during or leading up to an election year 🤔… Green across the board!

Still a fair way off the all-time highs of January this year but making up some ground at least.

We bought some VTS ($5K) for the first time since February 18th 2018 🤯. A few of you might find that strange considering I published strategy 2.5 not too long ago that basically said we were going to make the shift to IVV instead. The reason why we are sticking to VTS, for now, is because there have been more whisperings of Vanguard Australia being in the process of making changes to their US-domiciled funds. I’m 🙏ing that VTS is one of these funds.

If I were starting from scratch I’d probably just go IVV though.

We haven’t needed to buy VTS for over two years because firstly, we made a switch to focus on Aussie shares for a while and secondly, it’s been an absolute beast and is currently our best performer by a mile.

An annualised return of just a touch over 17%!!!

And because it’s been such a strong performer, it has rarely needed an injection from us to maintain it’s targeted weighting of 15% in our portfolio.