October was mainly a forgetful month for many reasons this year 👎 with a few highlights sprinkled in.

Firstly, as you may have remembered from last months update, we went for a little holiday to Greece/Italy for 2 weeks in September. Now, you’d think that when someone is on holidays, work would either be covered by the rest of the team or the project would be put on hold, right?… LOL, not in London and especially not in the financial services industry.

I got back to 100+ Slack messages and Sprints/Epics coming out the wazoo. So the first two weeks of October were loooooooooong as I was chasing my tail a bit. The contractor lifestyle works really well when you start and stop contracts, but jetting off in the middle of one is a recipe for stress let me tell you that! Don’t get me wrong, the company gave me the time off and all that, it’s just that you basically have to deliver the same stuff just minus the time you took off lol. I did wonder if it was technically a holiday or I just used up all my free time in advance and then had to pull a few 14 hour days 😅

I had wrapped up my other contract last year when we did our big Euro summer trip which is the way to do it for any aspiring contractors reading this. When you have a gig, the day rates are so high because they expect you to deliver a lot of output. The beauty of this is that you can earn a tonne over a few months and then take a big break and explore/travel before jumping into the next contract. This lifestyle works perfectly for a young couple looking to see Europe but I couldn’t imagine doing it forever or even with a young family. It’s pretty demanding.

To make matter worse during this stressful time, Mrs FB ditched me to go on an all-girls trip to Cyprus for two weeks 😭

Haha, I actually encouraged her to go but basically, one of our flatmates recently quit her job and booked a little YOLO trip to grab some last-minute summer sun. She said she was going and our other flatmate said she might be able to get work off and before you know it, the entire flat except for me booked a spontaneous trip to sunny Cyprus within the week.

I probably could have gone if I really pushed it but I like to get back into a routine after time off plus I have a bonus tied to this contract which would have potentially been in jeopardy if I missed any more work.

I have to admit though, when you’re slugging away at 7 PM finishing something for work and you get photos like these from Cyprus, you do die a little inside. And to make matters even worse, the UK announced lockdown 2.0 for the month of November 🤪. So no more travelling until December and even that’s not guaranteed at all. We had originally planned to end this trip by going to Norway, Sweden and then a snow trip in Austria. But things have changed a lot and Sweden is the only country that doesn’t have a quarantine rule atm for people arriving from the UK. So if we can get to Sweden in December that’s a big win but there’s a chance that we won’t be able to visit any other countries and will just fly home at the start of January 👎.

But enough doom and gloom.

There were some great moments in October, with one of them being the magical colour all the leaves turn when Autumn hits the city 😍

I may be biased… but I think London has the best parks of any major city in the world!

And the thing I do appreciate about living somewhere with seasons is how different the city feels every 3 months. Most people like the long warm nights of summer and the magical Christmas spirit of sipping on some mulled wine during winter, but the colours during Autumn can be just as mesmerising!

We did Richmond park last year around the same time and it is really a sight to behold when all the leaves are turning yellow/red and falling. Love it! A bit of Aussie rules with Ryan 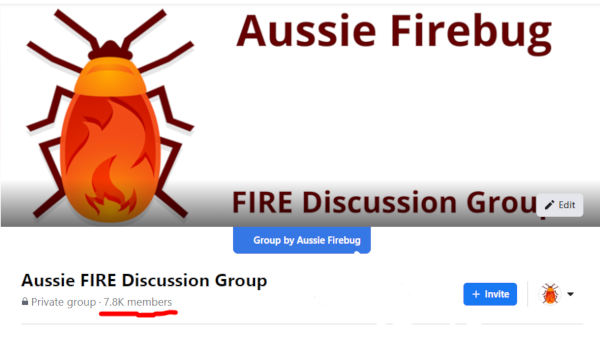 And as strange as it is to be talking about the Facebook group, I have actually decided to delete my personal Facebook after watching The Social Dilemma documentary. So if you are friends with me on Facebook, please don’t think I’m ignoring your messages 😅. Mrs. FB’s Facebook account has taken over the admin rights for the page and group.

A little bit of movement from the sharemarket/Super but the bulk of the gains once again came from the paycheck. Mrs. FB worked a few days here and there but was mainly living it up in the Mediterranean 🙄😜. One thing that did help a lot this month was the fact that we paid two months worth of rent in September due to some bills coming in for the flat. So the lack of monthly rent definitely inflated the savings for October.

So close to the $800K mark too. It’s funny to think about where I wanted to finish 2020 in terms of the net worth (closer to $900K lol) but who could have known about Covid 🤷‍♂️ We didn’t actually manage to buy any shares in October because I forgot to send money back home to invest. We use Transferwise* to send GBP back home to AUD so we can continue to invest whilst being overseas. I know there are few of you guys out there that want to invest whilst travelling and living overseas and don’t worry, I have a big article coming that’s going to break down how we do this and what to consider plus a whole bunch of other stuff about living overseas.

* This link is an affiliate link and I may earn some commission from it. Please see my affiliate page for more info.