We finally hit it… 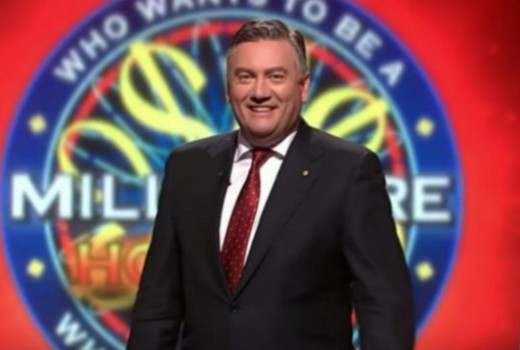 November was the month the Aussie Firebug household joined the two comma club and recorded a net worth of over a million dollars! I’m pretty sure we actually hit it in September but since I only record our net worth on the last day of every month, the market pullback at the end of September meant we missed it.

It’s a bit of a pointless milestone but something to celebrate nevertheless. I always knew I wanted to be good with money growing up but I never had an overarching goal that helped guide me in this endeavour until I discovered the concept of financial independence and then FIRE later on.

The concept of money is actually quite abstract if you think about it. I had a really interesting chat with Vijay Boyapati on the AFB podcast the other day which made me really ponder such thoughts such as what is money? And how does anything come to be a medium of exchange in the first place?

I made a connection early on in my life that everyone wanted more money and I thought people who had lots of it must be doing something right. I wasn’t really aware of the different circumstances and advantages that some people had which enabled them to get more money easier than others. Things like connections into good-paying jobs, a stable household that fostered learning and development, or sometimes just straight-up rich parents giving their kids everything.

I simply thought money was desirable, and those who had worked out a way to get a lot of it were smart… and I aspired to be one of those smart people. I had a secret money goal of becoming a millionaire before 30 in high school after reading countless articles on moneymag.com.au, Yahoo Finance, realetstae.com.au etc. They glorified the status of millionaires so much and really emphasised that if you were to obtain this elite financial achievement before 30, you were very special.

Our consumerism culture partly relies on the glorification of wealth to an extent. The marketing machine constantly pushing money, wealth and exorbitant lifestyles down our throats in Ads, Music videos, reality TV etc. Endless consumption is the fuel of a capitalist society which also drives the growth of assets which plays a huge part in why we are able to retire early. If everyone lived a FIRE lifestyle, none of us could retire early.

Modern-day consumerism culture definitely had an effect on me growing up. I just kept correlating wealth with life progression which is funny because I live by a completely different life philosophy these days. The million before 30 was nothing more than a dream that didn’t have any tangible outcomes associated with it, I just wanted to get there.

So I fell a bit short of my meaningless high school dream but Mrs FB is still 29 so I can live my goal through her at least haha.

But wrapping this point up, whilst the status of millionaire is nothing more than an arbitrary term (that’s probably lost a lot of meaning in recent years anyway due to inflation), it’s still a decent achievement and one that the wife and I stopped to celebrate.

The share market was decent in November and we weren’t hit too badly by Christmas spending either which made for a sold month in terms of savings. But the real needle mover for the net worth came from the sale of IP2. The reason we had such a big jump was due to the fact that I hadn’t updated its valuation ($205K) in some time and the price we sold it for ($250K) was more than I thought we were going to get.

This should theoretically be the last big jump the net worth every sees since we’re 100% passive now in index funds.

Spending is higher than usual due to Christmas and a few bits and bobs for the house.

We were extremely happy with the price we got and the selling process was a breeze (markets still hot in SE Queensland). We did pay a fair chunk in selling fees but there wasn’t much I could and tbh, the price was so much more than I thought we were going to get that I decided to just take the convenient option and just pay someone else to do it.

I’ve had a few people ask me why we sold and it really boils down to simplifying our life. I have a limited amount of mental bandwidth each week and whilst IP2 (or any of the other properties for that matter) wasn’t that much work, it was still more work than what our share portfolio requires. We just have shifting priorities these days.

The investment properties were 100% about making us money. I use to really enjoy researching and investing in property but those days are long gone. We’ve reached a point now where I don’t feel compelled to hustle for every buck like I did 5-10 years ago. I’m focussing more on lifestyle design these days. And managing the properties were a small drag on this lifestyle so we struck whilst the iron was hot and exited our last IP in November.

Property has been an amazing asset class for us and I’m still a big believer that it can be an incredible wealth-building tool for the right investor… we’re just ain’t the right investor these days and that’s all there is to it!

I’ll be removing this PROPERTY section in these updates from now onwards. SOL was officially sold in November for three reasons.

With the sale of SOL we are now back down to 4 holdings. But now comes the hard part…

I swear the older I get the more I realise that good money habits and solid investing is 95% psychological.

I know what I should do. I have mountains of research and studies to comfort me in my decision and it should be made quickly with conviction… but I just can’t help and fall prey to the dangerous game of trying to time the markets 😅

The money has been transferred to our Pearler account for a few days now and I just keep checking the markets thinking how nice it would be for a dip. A 10% drop would be ideal, 5% would be lovely… hell… I’ll even take 2%!

No one wants to buy at the top and the decision is extra hard when it’s a lump sum. I’ve even answered questions like this a bunch of times on various AFF podcasts on what I would do in their situation but I’m telling you guys… when push comes to shove and you’re faced with the decision yourself… it can be difficult to execute the gameplan lol.

I’ll probably drop it in sometime this week but it’s so hard for me not to try and find the bargain. I’m often fighting my inner monologue that goes something like this:

“There’s always another crash Matt… just wait a little bit longer… Bitcoin had a crash the other day… Have a quick Google on what the experts think are going to happen… wow, so many of them are predicting GFC 2.0… yes… yes… keep going down the doom and gloom rabbit hole”